Saturday evening in our house was spent decorating the Christmas tree and hauling out boxes with stockings, Santas, and the assortment of holiday decorations that I have purchased from Pier 1 in moments of impulse throughout the years. This was the first year that Silas participated in the process; the last two years we decorated the tree while he napped and surprised him with it upon awakening. He will NEVER let us do that again! This kid was on fire to decorate for Christmas. He unwrapped all items from the boxes and wanted to be the one to place them where they belong. Many of these items have since 'moved' from their places because he just can't seem to resist touching them, either. (Three times yesterday I replaced the two glittery Christmas trees from the nightstands in our bedroom, only to find that someone had moved them back again to the couch or dining room table.)

So here is my cute story: among our ornaments is a red metal bell that belonged to BJ when he was a small boy, and it is marked with his name. On Saturday night, I asked Silas what letters were on the bell and he replied. "B. (pause) J." I said, "That's daddy's name, B.J. This was daddy's ornament when he was a boy like you." 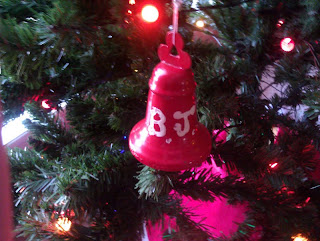 The next morning, Silas ran out to the Christmas tree and began removing ornaments at will, just so that he could inspect them again. When Silas pulled the red bell from the tree, BJ asked him, "What does the bell say on it?" Silas looked at the bell and replied matter-of-factly, "It says you, Jay-Bay!" And this is precisely what he is now calling BJ half the time.


My adorable two-year-old (who has also mastered a gorilla impersonation, by the way). 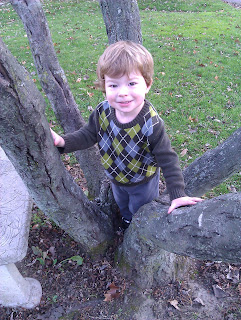 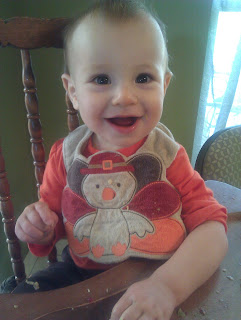 Email ThisBlogThis!Share to TwitterShare to FacebookShare to Pinterest
Labels: baby stories, the home

Happy Thanksgiving to all! Wishing you all a happy day spent with loved ones!

May I sing the praises of Ms. Holly Hooper-Stover? On this day when we spend so much time reflecting on what we are thankful for, I would like to say thank you to Holly for capturing such beautiful images of my family. Holly is new to professional photography, but she definitely doesn't give herself enough credit. I am tickled with these shots of us, and now I will always be able to remember our family exactly as we are right now. Holly is located in Elk City, Oklahoma, but she quickly volunteered to drive to Oklahoma City for our pictures. I highly recommend her. Here are some of my favorites from that freezing morning (literally! 28 degrees at the time of the shoot!): 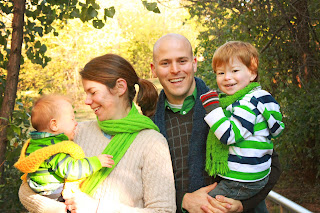 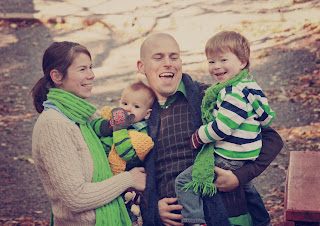 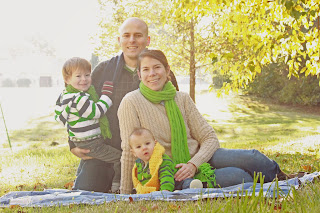 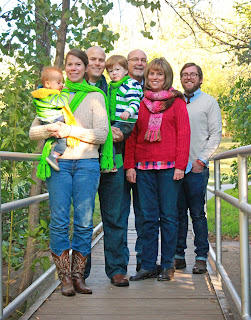 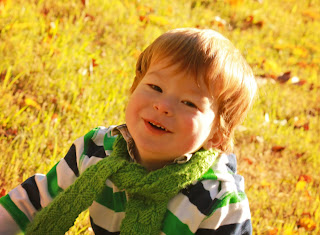 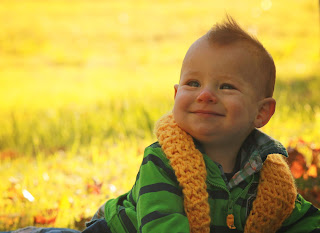 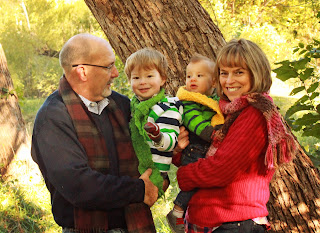 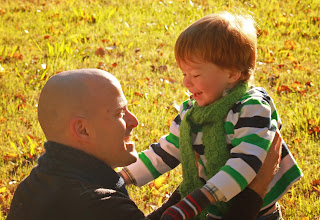 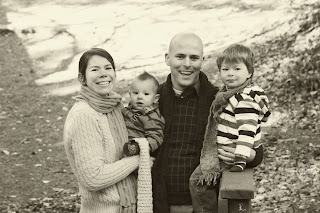 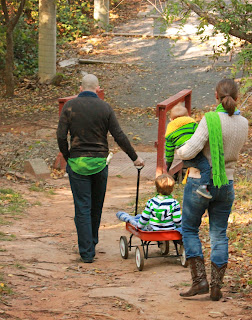 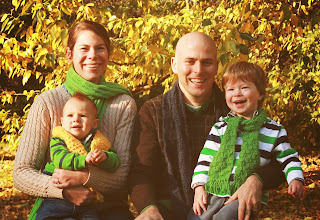 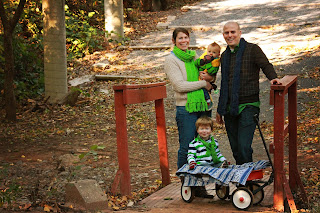 Yet Another Reason to Give Thanks

In my last post I lamented the end of nursing, which I presumed was coming because I made the decision to put dairy back into my diet believing that George would react to it. George has always thrown me curve balls, and his NON-reaction to dairy when I began eating it again was definitely one of the bigger ones he has thrown! My dinner on that first night consisted of a flour tortilla with queso in it, approximately ten chips dipped into queso, and an ala carte sour cream chicken enchilada with most of the sour cream sauce (but not all of it!) scraped off. It was enough dairy that even I felt nauseated afterward, which maybe isn't surprising since I have consumed zero dairy in the last seven months. There may or may not have been a large frozen margarita on my ticket that night as well. (Of course, I let that burn out of my system before I fed George.) All of this dairy, and not a thing from George...no fussiness, no rash on the face, no Desitin required on the cute little buns, nothing! So I ate some dairy the next day, and then the next, and the next, and he kept repeatedly showing me that he just wasn't reacting to dairy anymore! So then I took it a step further and fed HIM foods that contained dairy, such as mashed potatoes and whipped cream (the good stuff), and still he has shown no problems! I am giving thanks that next week I can actually eat the Thanksgiving meal and Georgie can even have bites, and I am thankful that we can continue to nurse until George is ready to wean (within reason). Mostly, however, I am thankful that my son is not going to be dairy-allergic for life.

I have so much to write about, but I don't want to overwhelm readers with one ridiculously long post, so I will pledge to write a series of posts throughout November that will highlight things that have happened in our family; I'm seriously so behind. I'm the parent that still hasn't even posted my kids' Halloween pictures for all to see! A few quick updates though: 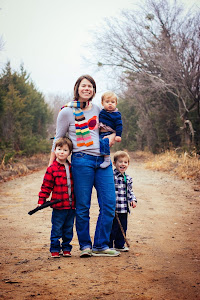